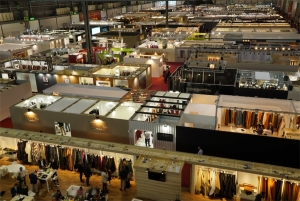 The 93th edition presents several new features, starting from the dates: it took place from 4 to 6 October in the pavilions of Fieramilano (Rho), not to overlap with the fairs of finished products held at the end of September. 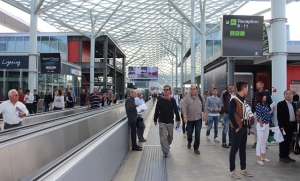 Linea Pelle 2015 (25-27 February) confirms rebound after the slowdown in 2014 , confirms the premises with credits increased by 20-30 % according to the statements of the a.d. Mercogliano .
Exhibitors are 1.090 from over 40 countries , about 740 flying the national Italian flag confirming the appeal of leather made ​​in Italy though , the turnover of the sector in 2014 , is a decrease of 2 % , however, increased in value by 3 % to close at 6 Billion euro.

Slowdown that according to Mercogliano in the same interview with “Il Sole 24 Ore” is due to big  names decrease in sales in 2014.

Positive double-digit instead for the automotive market , positive signs for the North American market , confirmed the trend Asia with China in the lead