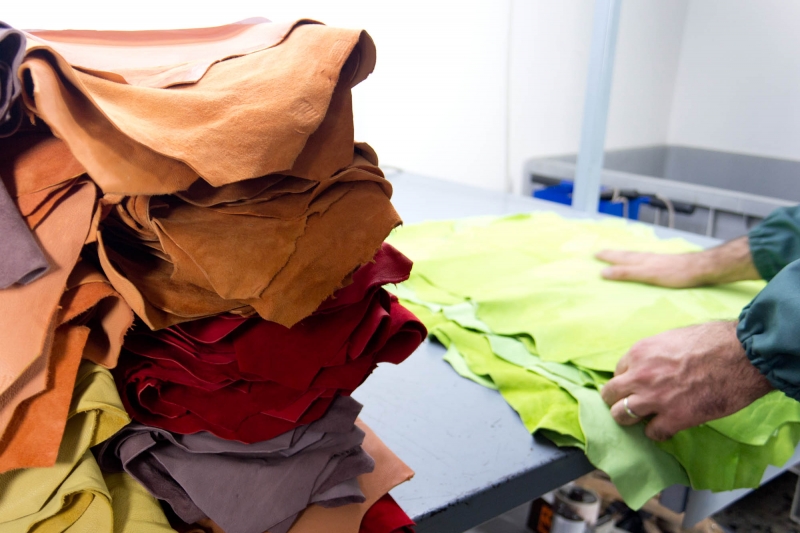 The recent statements by the President of Hermès confirm that the organization in “districts” is the true strength of Italian manufacturing industry.

Export of raw hides, finished leather, shoes, leather goods, gloves, clothing and other luxury goods meant that, in 2017, the French tanning industry could exceed 10 billion EUR. Numbers that, in addition to revitalizing the economy beyond the Alps, have made it possible to open brand new workshops and, consequently, job creation.

Despite an export growth of 7%, France continues to look enviously at Italy and to its organization in districts. This is stated by Axel Dumas, President of Hermès, who in the inauguration of a new production unit at Allenjoie, the sixteenth in France, in an interview with L'Economia del Corsera, declared : "I would like to create a real district as they exist in Italy. For now we are less integrated, but that would be the goal. The the advantage of Italian districts is that they include the entire production chain. There is a real one difference between Italy and France in favor of the first, namely that Italy still has a local fabric very strong, while in France we are too centered on the big cities, and we have a problem of desertification of campaigns. This is why we are very happy to open this factory, far away from Paris or Lyon ".

The organization in districts, which France so much envy, is what allows Caslam to develop a competitive proposal, always innovative and in step with fashion trends.

The district of Solofra tanning allows us to increase the companies potential exponentially drawing from the tertiary sector techniques and innovations of specialized companies, each for their skills, in various aspects of tanning production.

A look to the figures

A quick look at the latest data from the main Italian and French production centers, allows to get some information on the trends and perspectives of the leather market. After two years of slight decline, the Italian market returns to growth. In fact, exports are increasing 9% in terms of volume. Excellent results also for France which, as mentioned, closes the year with + 7%, like the United Kingdom. Numbers like these, testify the growth of the European tanning industry and reiterate the supremacy of leather made in Italy,now recognized globally.

Last modified onMonday, 30 April 2018 11:18
More in this category: « The Italian entrepreneurship led by the passion: The Bridge Camoscio and Nevada: the Spring Summer 2019 colors Palette »